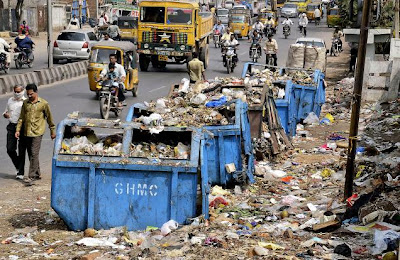 Men and women talking to their phones, asking if it loves them,  asking for directions, asking  about weather, laughing, crying.  These would have been 'Ridiculous' thoughts a few decades back.

Now,  all of the above is reality.

Thanks to Apple's - SIRI, I see people around me asking all kinds of questions to their Iphones!  Men and women, have their Iphones near or on their beds !  Life has gone this far in 2012..God knows what's in store in the coming years!

Now, this report -  Plants can talk !  Yes..no kidding, here is a c&p from THE HINDU

According to scientists at Britain's Exeter University, a cabbage was 'heard' warning its neighbours of trouble ahead after it had a leaf snipped with scissors..!

I think the next few decades ( if we pass the Mayan EOE later this year ) will certainly be 'Ridiculous'  even looking ahead from this point on ! 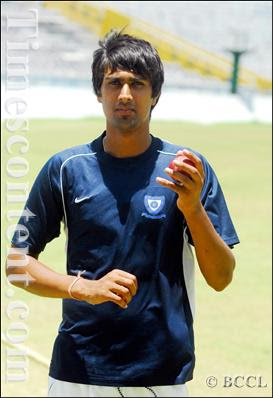 Leg spin is a very difficult art to practice.  Once a Leggie gets his line and length right, it's nightmare for any batsman.

Cricket lovers all over the world would know how these bowlers tormented the batsmen during their peak years !

I am very impressed with India's recent find - RAHUL SHARMA.  Rahul is a finger spinner like Anil Kumble and quite fast in the air, just like Kumble.

I was very unhappy that the selectors didn't include him in the Test Series against Australia.

I have no doubt in my mind, that Rahul would be a shining light in Indian Cricket for years to come !

Both these geniuses don't need an introduction.  I am a big fan of both.

Gautham's movies have always been different and refreshing with a style that's very unique and classy.  He announced his arrival with a wonderful Tamil movie 'Minnale'. The ones that followed that - Kakka Kakka , Vettaiyadu Vilayaadu, Vaaranam Aayiraman and Vinnaithandi Varuvayaa - to name a few - showcased his talent to the world.

His team is always technically rock solid.  I am always impressed by the songs that come out of his movies, which tells a lot about his taste and the influence he has on the Music Directors.

That leads us to the announcement that Maestro Ilayaraja will be the Music director for Gautham Menon's next venture - Neethane en Ponvasantham.


GM has worked with ARR and HJ until now.  This will be his first with Ilayaraja.


I am sure this will also be a blockbuster!

Why only Laxman and Dravid?   Why not Tendulkar?

Most of the websites I have been reading the last few days don't talk about Tendulkar's retirement.

These are the Desi websites and newspapers. Most of the cricket celebs in India (as expected) are afraid to come out against Tendulkar !

The Aussie/world press is quite strong in saying that everyone should be out.

Indian cricket needs these three to go now, for cricket to prosper.  Enough is enough.

Indian press and the experts of the game must have the guts to get these guys to retire. 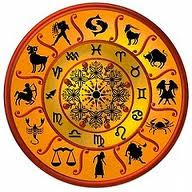 
When the team left India on Dec 14th,  Saturn was at 23 degree ascent directly opposite to Mars at an elevation of 250 miles.  Sun was eyeing the Moon with anger at 18.5 and Mercury was at 0. Uranus which is the ruling planet for the team was sleeping since it was early hours !

The Indian Management did not listen to the BCCI astrologer and went ahead with the plans to fly the cricketers out.  What a blunder!

The team flew out of Bombay sorry Mumbai,  which was on Earth's lowest elevation on that day.  It's well known that starting anything at that point would result in failure.

The team flew Air-India.  If you add up the digits for Air-India ( minus Hypen which is called Uchishma in Astrology )  it comes to 5 which is odd and very BAD.  The odds also played a big role in this series.

It was widely reported that several cricketers sneezed when the plane too off.  This is real..real bad omen.  The BCCI should have asked the ATC to immediately ground the plane.  And we all know what happened due to this.

Agreed that most cricketers wore yellow, black, green and red threads ( to name a few ) around their necks and wrists.  Laxman even wore a pre-historic wrist guard in Perth to see if it will help ( ignoring the stink of the aged guard ) !  Sehwag was looking at the Sun..but nothing worked.  Reason -  no matter what, this is a bad year for Indian cricket.  The Houses of Sun and Moon are rotten now, clearly white due to the recent whitewashes.

Unless BCCI cleans up the houses, Indian cricket is doomed for more failures!

From
Our Astrologer's desk

Tomorrow - Astrological remedies for the One-days and T20s
at 11:10 AM 3 comments: